Just about every industry in America has been rocked by the Great Resignation, but as any CPA will tell you, staffing shortages are nothing new for most accounting firms. In a 2021 survey by the American Institute of Certified Public Accountants (AICPA), staffing topped the list of concerns for firms of all sizes and has been a top concern since at least 2015. Obviously, the pandemic and ensuing burnout have exacerbated matters, but there are industry-specific issues that make its impact on accounting a different case.

From stagnant wages to stressful tax seasons, the industry as a whole isn’t doing enough to entice younger generations to pursue a career in accounting or to convince seasoned professionals to stick around. While there is plenty of technology available to help firms begin to fill these gaps, accountants have historically moved slowly when it comes to adopting new methods, in part due to the various laws, regulations and tax codes that change nearly every year, making implementation of any new tech tricky at best. Another frequent barrier to would-be adopters is the specialized and ever-evolving jargon of these technologies.

As the founder of an artificial intelligence (AI) bookkeeping software company, I often find that clients’ hesitancy to adopt new technology is mostly due to a lack of understanding of how these developments work generally and how they can support their efforts specifically. Accountants need to understand the technology that’s being marketed to them and the language used to discuss these features in order to ask the right questions and make informed decisions on behalf of their firm—the future of the industry depends on it. Let’s dig in.

A Brief History of Software Development

In order to understand the technology behind AI and why it’s useful for accounting, it’s important to review how we developed AI by exploring the iterations of technology that came before.

Generally speaking, software development began as an effort to make manual processes faster and easier to replicate. A lot of first-generation softwares were built to aid a human user in doing specific things, not to do those things on their own on behalf of the user. From a labor standpoint, this was still a huge improvement on the old model and provided a measurable jump in the efficiency of storage and accessibility. Once those early softwares came around, we were largely able to say goodbye to shuffling papers and rifling through file cabinets.

Although it was impressive at the time, challenges quickly arose because one software was great at one task and another software great at another task, but neither could be used in place of the other. Suddenly, we had a bunch of siloed applications and people had to utilize multiple apps at a time to accomplish a single task. In the accounting sector, that meant you had an app to pay bills, an app to invoice clients, an app for task management, and so on. 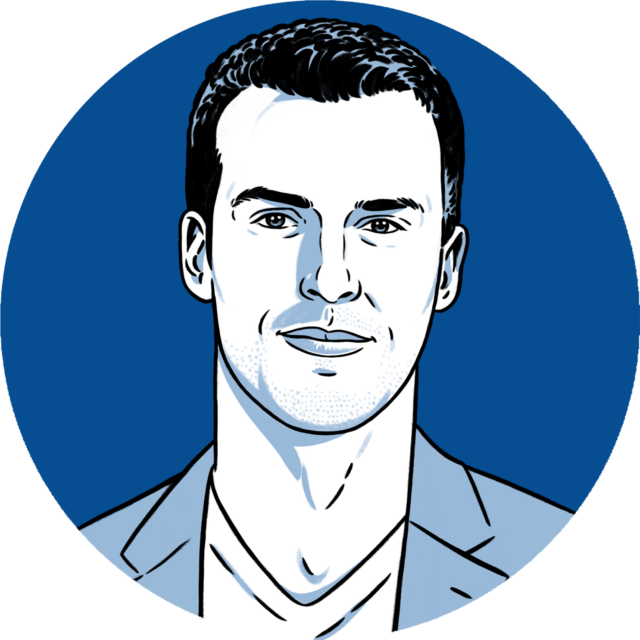 “New technology can be incredibly intimidating, but don’t let that stop you from bringing your firm into the future.”

To solve for this, developers built systems that allowed you to move data between unrelated parties, making the data more accessible. This allowed us to skip the step of manually duplicating information across systems, a process that took more time and was obviously susceptible to human error. This was the first stage of real automation, which we call robotic process automation (RPA).

Then developers started to think, “Can we program scripts and softwares to replicate what the human is doing in the software?” So, for example, let’s say a lead comes in and the human takes the email address, copies it, types a message and sends it. Developers asked, “Is it possible to build a script that tells the computer to grab this email address, put it in this other email, type a message and shoot it off in a more automated fashion?” Obviously, it was possible, which was great, but at the end of the day, these softwares were designed to work the way that humans work. The downside to this approach is that every time a tool or an interface changes, the technology breaks down.

Here’s an example I like to use: Let’s imagine we’ve tasked a robot to put dishes in the kitchen sink. With RPA, we can tell the robot, “Go forward, take a left, turn right and drop the dishes in the kitchen sink.” But what happens if the kitchen sink moves? You or I, as a human, would understand that the sink moved and adjust accordingly. But the robot would drop the dishes on the ground or fail and do nothing. That’s RPA. And in an ideal world, if one thing changes, the script breaks, and nothing happens. Unfortunately, what tends to happen is one thing changes and the script still executes, but now it’s executing a mistake. When that happens, you have to find all the mistakes, stop them from happening and undo the damage which can be a nightmare.

Artificial Intelligence: The Next Frontier

This is where machine learning (ML) and AI came in. Once again, developers aimed to mimic the human user, but decided, this time, they weren’t going to mimic specific actions, but rather mimic the human user’s logic. So, going back to our example, how do we mimic the way a human understands that the sink moved? Well, it starts by understanding what the hell a sink is.

The way we typically learn as humans—and I’m oversimplifying things here—is by seeing lots of examples of different sinks. Even if they’re made from different materials, of various shapes and sizes, in all sorts of contexts, you and I would still recognize the core attributes of a sink. So instead of telling the program, “Drop the dishes at X location,” developers taught the software how to identify a sink so that even if it comes across a sink in an unfamiliar context, the software will still execute properly. Not only that, but it will continue to learn on its own, evolving and continuing to improve over time.

But what does this mean for accounting? It means that tasks like bookkeeping, forecasting, payroll and many more can be largely automated, freeing up your time to focus on other tasks, like communicating with your clients, that robots will never be able to do.

The Future of Accounting

New technology can be incredibly intimidating, but don’t let that stop you from bringing your firm into the future. Now that you have a base understanding of how these tools work, you can keep up with the jargon and ask the right questions of potential providers before you commit to implementing their software. Seek out technology that will help stop the bleed now and make workflows easier in the future, whatever that means for your firm.