The ego has gotten a bad rap as of late, especially when it comes to business. You’ve probably heard a boss or a manager say some variation of the phrase “check your ego at the door,” and there are some who have even gone so far as to say that “ego is the enemy of good leadership.” These days, empathy has taken center stage, and with good reason. As organizations are still reeling from the effects of the Great Reshuffle and many workers call for their employers to be more human, empathy is having a moment.

As an organizational psychologist and empathy researcher, I don’t disagree with the heart of these arguments. It should be every leader’s worst nightmare to be described as an “egomaniac” who is unable or uninterested in hearing constructive feedback. But does that mean ego has no place in your business? Based on the years I’ve spent designing and developing leadership programs for global brands, I would argue that some ego is necessary to be the best leader you can be and run a successful business. Let me explain.

What Is the ‘Ego’ Anyway?

In the simplest terms, “ego” means “I” or “the self.” When we say someone “has a big ego,” we mean that they think too highly of themselves, or they’re too focused on themselves and not enough on those around them. But the ego isn’t necessarily a villain.

I often tell my clients to think of the ego like a bouncer at a club. If the ego had a job description its No. 1 responsibility would be to protect us from pain and embarrassment, which is a good thing, but it’s also the source of the ego’s bad reputation. Important leadership traits like self-awareness and being open to constructive criticism can be uncomfortable, painful and embarrassing. In these scenarios, it’s important that you’re able to recognize your ego and tell it to take lunch so you can actually absorb this feedback and grow as an individual and as a business leader.

But let’s consider an example of how our egos work to protect us can ultimately be a good thing. Take Jennifer Lopez’s recent documentary, Halftime. In the film, JLo discusses the onslaught of criticism she’s faced throughout her career, about her looks, her voice, her personality and so much more. Had she internalized all that feedback and given all of it the same weight, she wouldn’t be the actor, singer or performer she is today. Thanks to the ego, JLo was able to cut through the noise and apply the feedback that could actually help her grow—and ignore the rest.

The ego helps us draw those necessary boundaries so that we don’t take on every opinion or emotion as if they were our own, which can be a good thing. Your ego encourages you to trust yourself, your experiences and your instincts, even when others disagree. Your ego ensures that the empathy you show others is balanced with compassion for yourself because you’re worthy of care and respect, too. The ego isn’t empathy’s archnemesis, it’s empathy’s powerful sidekick. 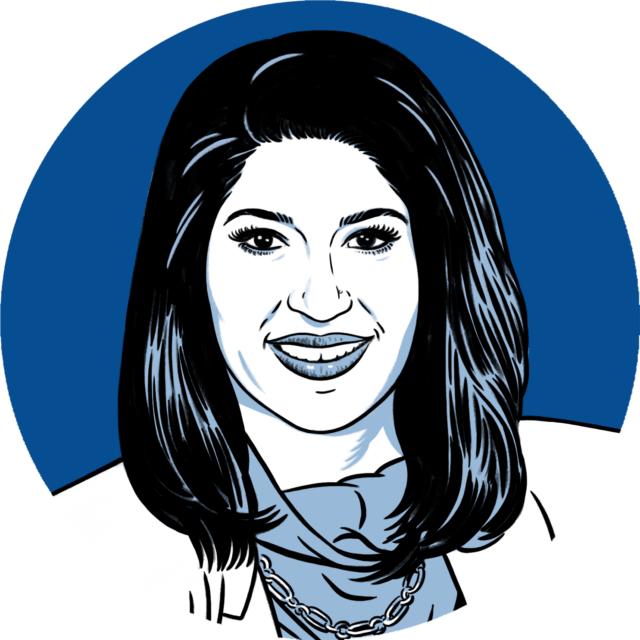 “Finding the balance between empathy and ego is the key to exceptional leadership.”

Compassion for Self, Empathy for Others

Finding the balance between empathy and ego is the key to exceptional leadership. It can’t be all ego all the time, just like it can’t be all empathy all the time. Striking the right balance will look different for each leader, each organization and each situation, but let’s consider an example of what this balance looks like in action.

In May 2020, Airbnb made the difficult decision to lay off a significant portion of its workforce as the company struggled in the early days of the pandemic. Ego is inherent in any decision to cut ties with workers: You, the leader, are making a decision to move the company forward, despite the negative impact that decision may have on the livelihood of many colleagues.

But rather than make the announcement over a Zoom call and wash his hands of it (all ego), Airbnb’s CEO Brian Chesky wrote an open letter that clearly walked employees through the decision-making process before he outlined the generous severance package each employee will receive (ego and empathy). Chesky and the Airbnb team had to make a tough call, but by balancing that call with empathy, I would bet that Airbnb was able to maintain positive relationships with those employees—and potentially gained some loyal customers in the process.

Empathy Is a Superpower

In order to achieve your goals, both for your business and your career, you’ll have to strike the right balance of empathy and ego. Don’t think so highly of yourself that you can never be wrong. But don’t become so invested in other people’s emotions that you compromise your values and lose your purpose.

I truly believe that empathy is a superpower. Being able to tap into how others are feeling, consider other points of view and give them weight aren’t the skills of an average leader. But if you allow empathy to overpower you at every turn, you’ll quickly find you aren’t the one running your business anymore. Empathy is a superpower, but don’t let it become your kryptonite.