Note: This article was published as part of the Senior Executive Creator paid contributor program.

In an ideal world, every CEO would be gifted with a C-suite of people who are terrific by any measure—a team that consistently drives performance, delivers results, and contributes positively to a culture that wins by bringing out the best in its people. However, sometimes even highly accomplished C-suite leaders, individuals who were carefully selected, exhaustively recruited, and even have an impressive previous track record, really struggle in their roles.

When you find yourself in a situation in which one of your most senior executives is not quite hitting the mark, what do you do? How do you, as the leader who is ultimately accountable for the person’s performance and results, maneuver the reality in a way that is eyes-wide-open, responsive, and courageous, yet also decent and kind?

I’m an optimist by nature, so I believe that most senior business executives want to do right by their fellow humans. It is an optimism that’s well-supported by what I see daily as an executive coach and teamwork facilitator. Because most senior executives are good humans at their core, the situation I describe above can be exceedingly painful for the big boss who must decide what to do about a fellow overachiever who is now struggling. Yet there is an imperative to push through the reluctance, deal with the matter head-on, and take constructive action.

No matter how much it hurts the heart of the top leader, for a business to achieve and sustain competitive advantage, strugglers, poor fits, and underperformers—particularly highly paid ones—must be proactively supported back to success or, in the worst-case scenario, replaced.

When one of your senior leaders is struggling, failing to hit their goals, or causing disruptive problems with other valuable people in the organization, the first thing to do is simply to acknowledge it to yourself. It can be tempting to ignore signs of struggle in the hope that things will resolve on their own, or in telling yourself it’s not a big deal. The temptation is even stronger if you really like the person, or conversely if you really dislike the idea of a confrontation. Yet if you ignore what you see, you risk negative downstream implications like missed business goals, disengaged fellow leaders, and even lost talent.

Once you resolve to believe your own eyes, then it’s time for a thoughtful and heartfelt yet very direct conversation, one in which you seek to do what renowned self-help author Steven R. Covey argues across his body of work: “Seek first to understand then to be understood.” Prepare for a conversation in which there is a low risk that you come off as condescending or bossy. You don’t want to convey that you have passed judgment or that you’re put off or disappointed.

You want to convey genuine, empathetic interest. The idea is to bring your objective curiosity to the conversation. Seek to discover what is going on with the individual on as deep a level as possible. Are they concerned about the business’s direction? Is an element of strategy gnawing at them? Are they bored? Are they experiencing difficulties on the home front?

The way to get an honest take on topics like these is to get into a neutral frame of mind, one that assumes positive intent, and then gently ask open-ended questions like these:

Notice the absence of the word “why” in these questions. Questions that begin with why certainly have their place in the leadership lexicon, but in these moments, they land like cross-examination and have a way of activating defenses.

For the record, asking such questions is not manipulation. Newer clients of mine often ask me if utilizing these kinds of questions risks coming off to others as playing head games. Yet with practice, my clients inevitably discover that, if posed with genuine curiosity and neutral intent, such questions cultivate connection and produce understanding. They honor the fact that the leader is not only an accomplished professional with pride, aspirations, and a sense of conscientiousness but also a human with blind spots, limitations, down periods, and fears—and undoubtedly a complicated life happening outside of work. 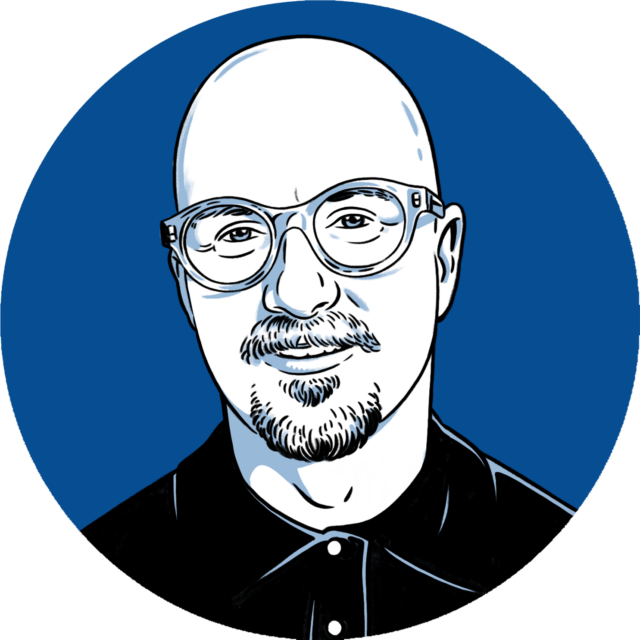 “When one of your senior leaders is struggling, failing to hit their goals, or causing disruptive problems with other valuable people in the organization, the first thing to do is simply to acknowledge it to yourself. ”

Once the truth is uncovered, and the individual has owned that they are in fact struggling, then you can facilitate clarity and candor on the gap that you see between the business’s expectations and the reality of the person’s current contributions. A simple table can help. Here’s one I have seen used to great effect:

Filling out this form collaboratively with the leader in question and getting it to a state that you both can agree to and accept may take time and multiple conversations. Stay with it. Once you’ve done so, what you will have created is a mutually agreed-to plan of attack, a roadmap that signals that the business believes in the rich potential and capacity of its top leaders, and the people who work for it can count on both the support they need and the unfettered accountability that a performance culture requires.

As a next step, you can facilitate the person’s commitment to the plan while simultaneously showing them that you believe in them and are in their corner. Once again, open-ended questions are a simple but effective tool. Consider ones along these lines:

Don’t leave the interaction without a high level of confidence that your fellow executive understands exactly what you expect of them going forward and is committed to putting in the effort that will be necessary to achieve or return to a high level of contribution.

Of course, it’s possible that the struggling fellow executive simply won’t, or can’t, admit that something is afoot. Or they might place blame elsewhere rather than accept accountability. Or perhaps in their heart of hearts, they simply don’t or no longer have it in them. In such a situation, if you’ve really done all that you can to communicate that you believe in them and are on their side, then it may be a sign that the employment arrangement simply is no longer the right one for the business or the individual.

When Separation Is the Answer, Don’t Delay

Even if you take all the right steps to engage and support an executive leader who is undershooting expectations, the sad fact is that sometimes people simply don’t work out. Or they stop working out as well as they once did. It happens, even with very accomplished people.

When it has become clear that a fellow leader is not working out, and every option to support and encourage their improvement has been exhausted, it is essential that you decide to make a change. And importantly, that you act swiftly and surely.

There are a couple of compelling reasons for urgency. The first is captured in this quote by author Perry Belcher: “Nothing will kill a great employee faster than watching you tolerate a bad one.” If you can see that one of your executives is underperforming or otherwise is not a fit, you can be certain that others can see it as well. Your people watching what the leader “gets away with,” in their view, reflects poorly on you as the supervisor who tolerates it.

Most top performers are loathe to share space with mediocrity on a sustained basis. The longer you let an underperformer or mismatch get by, the greater the risk that their peers and the people who work for them will start to phone it in. By contrast, when you deal with missing the mark head-on, the people in your organization see that you are dead serious about situating the team and the business to win.

The second reason is about treating the separated individual in a manner that is distinctly humane. If you know someone is not or no longer a match, yet you keep them around anyway in a situation that does not bring out their best, you effectively deny them access to other opportunities for which they may be a better fit. You think you’re doing them a favor by saving them from income disruption, yet you may be denying them a different kind of riches. In the end, you do your fellow leader no favors by joining them to pretend there is no problem.

If you’ve decided that the leader’s separation is inevitable, then deal with it. Act now. Free them to go be inspired and find success and fulfillment elsewhere.