Gifting has long been a celebrated part of corporate culture during the holiday season. It’s a great way for employers to show their employees how valued and appreciated they are, as well as clients. However, as the holidays approach, it might be challenging to address gifting in the climate of remote work.

Since the pandemic, remote work has become the new norm for many companies. It’s changed the way employees view their relationship with work, socialize with colleagues, and navigate virtual challenges around workplace etiquette. The holidays are no exception. Traditionally, you might expect festive office parties or a White Elephant gift exchange—circumstances that require a physical presence. But as the number of people who work remotely tripled in the last two years, these might seem outdated, especially if employees are scattered across the country.

Change isn’t always a bad thing. With the rise of remote work comes new opportunities around holiday gifting, a chance to adapt to our evolving wants and needs as consumers. In my work for EXEC, a travel and lifestyle benefits program, I’ve noticed people are hungrier for things that bring them personal value. This doesn’t necessarily mean products; in fact, it’s more about unique and enriching experiences.

Holiday gifting during the work-from-home era may not look the same as it did pre-pandemic, but it might actually be more personalized in a lot of ways. Here’s how you can do it.

The pandemic has shifted our expectations and outlooks on life, as well as our desires and preferences. There’s a term for this: the experience economy. More and more people are starting to crave experiences over commodities. While this phenomenon has roots in the 90s, it’s grown even more post-Covid as people realize the value of experiences over owning possessions.

Experiences don’t have to be adrenaline-filled like bungee jumping or racing Lamborghinis around a track. It can also look like a luxury hotel upgrade. Gifting someone an experience provides them access to a higher level of treatment, or an opportunity to try something they’ve never done before. Experiences are more memorable because they provide you with a feeling to remember it by. They empower us to connect with ourselves and with others, and play a bigger role in how we view the world than material things usually do.

Gifting an experience also plays out well in the virtual space. When it comes to holiday gifting in remote work, it’s important to adapt to the changing times. If you are thinking about gifting a physical item, walking three feet over to someone’s cubicle is no longer feasible. But without an office address, asking for and giving out home addresses can potentially feel invasive and uncomfortable from a professional standpoint. However, you can easily send a gift card or discount to an employee or client over email.

You don’t want to give just any experience to someone—you should be intentional about it. Get to know the person you’re planning to gift to, whether that be your employees or your clients. What are their basic likes and interests? Are they outdoorsy or do they prefer the city? Do they like to travel? These are important considerations to think about. Identify traits that are unique to someone’s personality, so it shows that you share a deeper understanding of them.

Holiday gifting is a great way to be a part of your employees’ or clients’ lives, even if you’re not physically present. Going the extra mile to ensure they have a meaningful experience can go a long way. It shows your willingness to still take care of them, wherever they are in the world. Consider how the gift of experience would make them feel. Maybe it can be a business class upgrade that reduces their stress with travel. Or it can be a sporting activity somewhere unforgettable. Gift-giving is more than just being kind during the holiday season, it’s also about caring for who you work with. 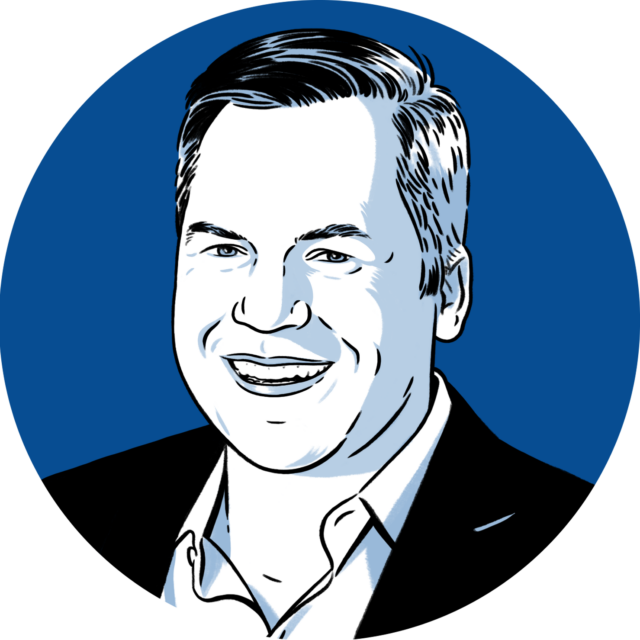 “With the rise of remote work comes new opportunities around holiday gifting, a chance to adapt to our evolving wants and needs as consumers. In my work for EXEC, a travel and lifestyle benefits program, I’ve noticed people are hungrier for things that bring them personal value.”

As a global entrepreneur who has spent years partnering with and developing companies, I understand that gifting is a huge part of relationship management at the workplace. Holiday gifting is integral to building and managing workplace relationships in a way that’s simple, personable, and sincere. It can also manifest long-term effects in building morale and culture, long after the holidays are over. As a result, employees are more likely to report higher job satisfaction, which can last up to a year or more.

When employees have more job satisfaction, they’re more likely to have higher engagement. Clients are more likely to want to continue doing business with you. Holiday gifting can bring joy and beyond. The more you can contribute something fulfilling to their lives, the more valued they will feel.

There are a few things to keep in mind about gift-giving etiquette, however.

Bottom line: Expressing your gratitude to your work relationships through holiday gifting is an understated way to give back. It demonstrates that you are listening and understanding, and most importantly, acknowledging. When you dedicate a little extra effort to make the holidays that much better for the people you work with, everyone benefits.

Nothing shakes up a company quite like the departure of one of its top executives, and these days, it’s happening more and more. In the first quarter of 2022 alone, CEO exits were up 29% compared to the same quarter in the previous year, and a recent Deloitte survey found that nearly 70% of C-suite executives are “seriously considering quitting,” and it’s easy to understand why.

As leaders burn out in the face of unprecedented pressures, rapid change and a looming recession, chief people officers and HR directors can attest to how costly replacing a top executive can be—according to one analysis by the Harvard Business Review, “the amount of market value wiped out by badly managed CEO and C-suite transitions in the S&P 1500 is close to $1 trillion a year.”

Instead of searching for your next CEO, you’d be wise to search for remedies that keep top-performing leaders from departing too quickly. If you’re a board director, shareholder or a decision maker of another stripe, consider these three tips to salvage what’s left of your executive team.

1. Allow for (or Mandate) Remote Work

There’s been a lot of hemming and hawing about the pros and cons of remote work, especially among CEOs. You might recall last spring when WeWork’s CEO Sandeep Mathrani quipped that only the “least engaged employees” didn’t want to return to the office. Ultimately, Mathrani apologized after his comments sparked outrage and others were quick to point out WeWork’s financial interests in employees returning to a physical office.

While there might be some instances where getting a group of employees together in person would be more conducive than a video call, on the whole, remote work can’t be beat. The flexibility and balance it brings simply do not compare to commuting to and working from an office for eight hours a day. According to a recent report by McKinsey & Co., “87% of workers offered at least some remote work embrace the opportunity and spend an average of three days a week working from home.”

Although they might not always seem like it, since they’re technically “the boss,” CEOs are workers, too, and they’re not immune from burnout and work-life imbalances. While remote work doesn’t miraculously cure these issues, the flexibility that remote work provides is unmatched and is key to improving executive retention.

“Instead of searching for your next CEO, you’d be wise to search for remedies that keep top-performing leaders from departing too quickly.”

It’s been pretty well established that most executives aren’t the greatest at taking planned vacations. In 2015, it was reported that Whole Foods’ then-CEO had accrued over a year’s worth of paid time off or 2,703 hours. In 2022, this toxic trait has seeped into the rest of the workforce, mostly as a reaction to the pandemic, and some companies are responding by making vacations mandatory.

The physical and mental health benefits of taking a vacation are well-documented. Not to mention, it can bring a renewed sense of purpose and determination to complete the job at hand. But if these aren’t reasons enough to convince your CEO to book a flight and fully disconnect, consider implementing a mandatory vacation policy that goes all the way to the top.

Now, I know what you’re thinking: It’s one thing to require employees to take a vacation, but how exactly do you mandate vacations to the folks ostensibly in charge of enforcing policies? A few ways. You could consider setting aside a week once a year for the entire company to check out—something that’s becoming increasingly popular these days—or you might consider folding in a travel stipend to the executive’s benefits package.

If they still won’t budge, you can always send them on a bleisure trip—that way, they might accidentally relax in between meetings.

I’ve said it once, and I’ll say it again: CEOs are workers, too, and everyone likes to feel appreciated for their efforts every once in a while. When it comes to gifts, think outside the box of floral arrangements and “World’s Best Boss” mugs. Instead, consider how you can surprise and delight your executives, both inside and outside the office.

Think exclusive experiences, such as surf lessons or wine tastings, that encourage them to unplug and connect with loved ones, or health and wellness subscriptions, such as meal kits or spa memberships, to give them a chance to focus on themselves. And if you are able to convince them to take that vacation, consider upgrading their accommodations or gifting them a lounge pass for their preferred airline to make traveling less stressful—perhaps increasing the chance they’ll take another vacation in the future.

Whether you’re convinced your executives would never dream of leaving the company or you suspect some might already be interviewing elsewhere, there’s no sense in waiting. In order to retain your C-suite—or, worst case, attract their successors—you must act now. Implement an executive retention plan today, or begin the costly search for their replacement tomorrow.