4 Frictions Facing Your New Idea — And How to Overcome Them

Nothing is more frustrating than seeing a game-changing idea shot down. Author and professor David Schonthal explains why ideas are met with resistance and how to get buy-in.

Corporate leaders are familiar with the disappointment of bringing a new, game-changing idea to the table just to be met with a firm “no.” David Schonthal’s Wall Street Journal best-seller “The Human Element: Overcoming the Resistance That Awaits New Ideas” explores how to get key stakeholders to buy in.

“We talk about two frameworks, or two forces. One is the force of fuel that moves people toward change… [And] the other side of that equation, the forces that work against change, or frictions,” says Schonthal.

Schonthal is a professor and director of entrepreneurship programs at Northwestern University’s Kellogg School of Management. He is also a partner at 7wireVentures and Pritzker Group.

Schonthal’s “The Human Element,” hit the shelves in September 2021. Read our full interview with Schonthal, for examples of friction and fuel in action — and tips for getting buy-in for your new ideas.

Keep it as simple and familiar as possible, despite how powerful that idea is.

Senior Executive Media: Share an example of friction in action.

David Schonthal: The friction of emotion is one that’s often overlooked, because people don’t typically wear emotions on their sleeves. … It’s usually hidden below the surface. If we’re not looking for it, we often won’t spot it.

“If we show up at the final stage of the proposal, and we break down our costs with full transparency,” I asked, “does that make your life easier? Is it easier to say yes?” [I was] presumably thinking that I’m making it so transparent and so easy that this chief procurement officer would be like, “Yes, this is absolutely what we’re looking for. Thank you for saving us a bunch of time.”

I put that idea forward. And the chief procurement officer said, “Oh, please don’t do that. … If you do that, how am I individually adding value to the company? How am I showing that the procurement department is actually generating meaningful value for the organization? If you come in and do my work for me, then my role is obsolete.”

The moral of the story is sometimes in an effort to make things easier, we actually create emotional friction for the people we’re trying to serve. And we need to be able to not only spot some of these things, but have the ability to understand when they’re present so that we can address them.

David Schonthal: Our temptation is to highlight the newness of the idea. We’ll talk about how all of these new features and benefits enable you to do things or how all of these new ways of working enable our company to grow. And by doing that very thing — by highlighting its difference and highlighting its newness — we inadvertently create a lot of friction around inertia. So what is the remedy? The remedy is almost, despite our instincts, to try to make the unfamiliar feel more familiar to the audience. So rather than talking about all of the ways it’s going to change things, or all of the ways that you’re going to have to adjust in order to use it, try to make it a little bit more approachable.

The other is to recognize that anytime people are adopting a new idea, they’re typically [buying into] that idea for three reasons:

What I would recommend is [asking how] new ideas can also cause social, functional and emotional frictions. And so we are asking ourselves the question, “Does our idea in any way have a chance of threatening somebody’s role at their work? Does it threaten their core beliefs? Is there a possibility that it might make them feel uncomfortable or anxious? And if so, how might we introduce this idea in such a way that is sensitive to some of those emotional frictions?”

People have a tendency to push back on an idea when they feel like they are being changed by others. So how might we include our audience in designing the very change we expect to implement?

Related article: Ask These 4 Questions Before You Innovate & More From French Insurer AXA

David Schonthal: The classic consumer example comes from Apple’s design process. If you ever wonder why a 2-year-old can use an iPhone, the moment they pick it up, most people will say, “Well, the design is intuitive… It’s like turning the pages of a book, or it’s like moving something across the surface.” And that’s exactly right. And the reason that Apple products are intuitive is because they work the way the rest of our world works. They don’t expect us to have to learn a new way of interacting with our digital devices. They design their digital devices to behave the way that your analog world behaves, which is why the learning curve for using an Apple product is so low. … The design principle is to keep it as simple and familiar as possible, despite how powerful that idea is. 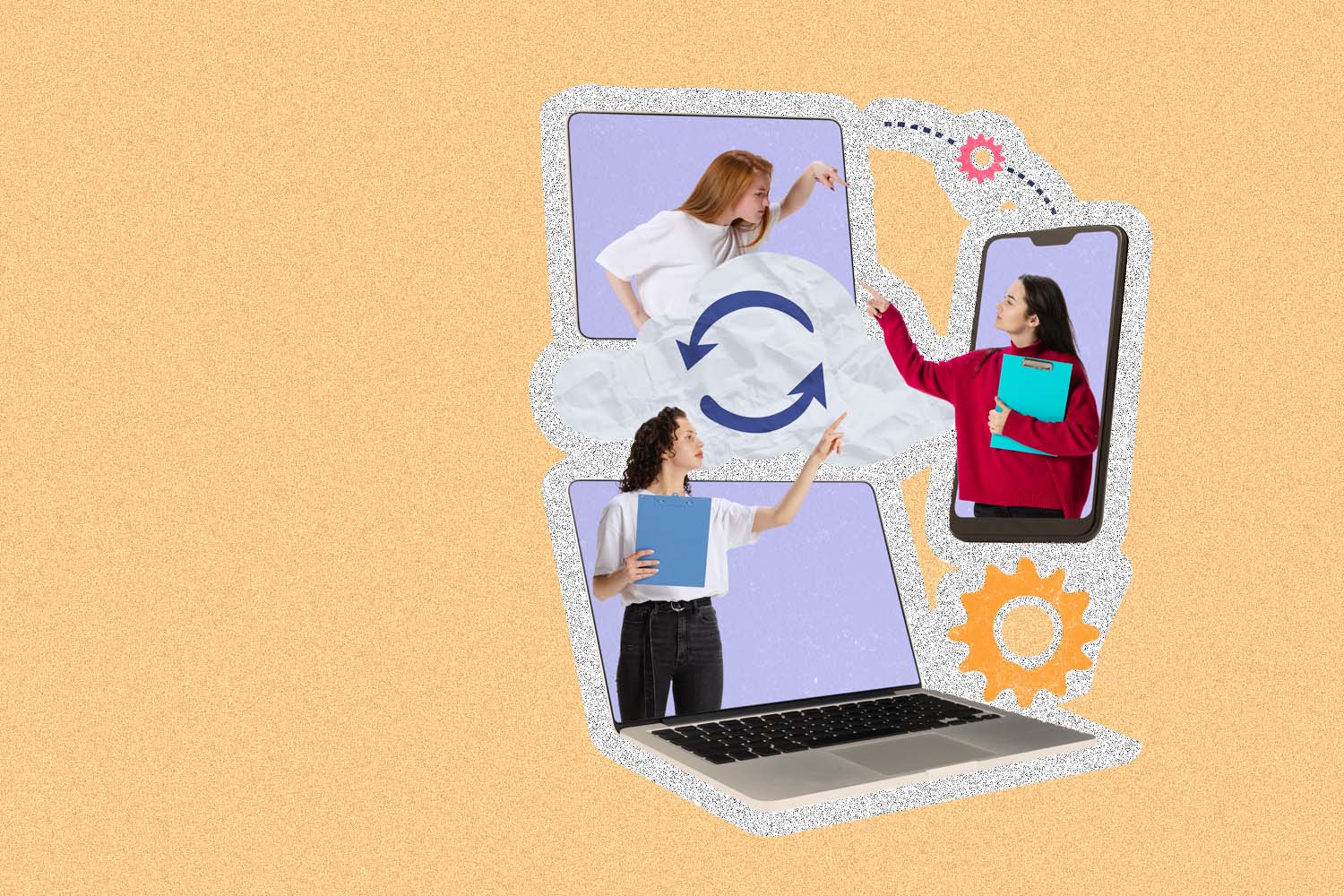