Applying the S-Curve to Learning and Development

Help employees find opportunities that align with where they are on their career paths, so they can help the company grow as they do.

Retention is a major challenge facing business leaders today and for the foreseeable future. In fact, it’s the top priority for 2023, according to a recent survey from human-resources-management software firm Paycor. And Whitney Johnson, CEO of leadership development consulting firm Disruption Advisors, offers one solution. In an interview with Senior Executive Media, she explained how learning and development follows an S-curve, which sociologist Everett Rogers famously used in the 1960s — to chart how ideas tend to be adopted first slowly, then rapidly until adoption reaches a tipping point and falls off.

“I had an aha that we could also use the S-curve to help us think about…how individuals change. Whenever we start something new, we are on a brand new S,” she says. “So what the S-curve does is it traces for you the emotional arc of growth… And when you understand what that looks like, you can apply it to any endeavor, any learning that you’re undertaking. It helps you manage, emotionally, the experience you’re having. Whether you’re slow at the launch point, fast in the sweet spot, or slow in mastery, it gives you a way to orient yourself.”

What could S-curve growth mean for retention at your company? Read on for more edited excerpts from our conversation.

Senior Executive Media: How does the S-curve of learning apply in today’s Learning and Development environment?

Whitney Johnson: One of the things I think is really interesting right now is that we’re in a period where people are talking a lot about the Great Resignation. In some fields, for example, in health care, people are very burned out. I don’t know that they don’t want to be in healthcare. It’s just that they’re tired. Maybe they need to rest and have an actual break… But what I also believe is that something that we’ve learned over the past two years during the pandemic, is that we’re more capable, more resilient than we thought we were… And so I don’t want to do exactly what I was doing before. I want more. I aspire to more. And so if people can reframe with their employees that this isn’t the Great Resignation, but in fact, [it’s] the Great Aspiration, that will help in thinking through… how can I use the S-curve to help us figure out where [my people] are in their growth? How could I use it to help us think about succession planning? How can I use it to help us think about retention? And so it’s a tool to start a conversation around growth and therefore [helping to] retain your people. 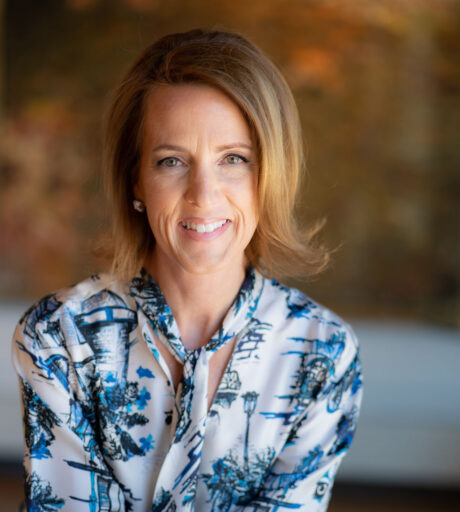 “…a period of severe stress, like a pandemic, is often followed by tremendous growth. Psychologists call it post-traumatic growth.”

Senior Executive Media: So tell me how, in an ideal world, that conversation should go if you’re seeing an employee that’s less engaged than they used to be.

Whitney Johnson: When you see a person who’s maybe not quite as engaged as they were, and they’ve historically been very strong performers, you need to give them a little bit of grace… That’s an indicator to me that maybe I need to have a conversation. I’ll give you a specific example. A company that we work with is called Chatbooks. They turn Instagram photos into books. And they have a number of people who are senior executives. They’ve been there for several years because they liked working there. But they also had this sense of [concern] because they’ve been in these roles for about five, six, or seven years.

So we administered our tool, and it tells you where are you — are you at the launch point, sweet spot, or in mastery? And the Chief Marketing Officer at the time presented in mastery. And she was able to say, ‘Oh, now I understand what’s going on.’ So you had a manager who was aware that maybe there was a challenge, but not quite sure how to have the conversation, administered the tool. She now can look at this and say, ‘It’s not that I don’t like working here. It’s not that I don’t like working with you. It’s just that I’m bored… I need a challenge. I need to do something new. I’m not getting dopamine anymore.’ And so it gave them this artifact to have a conversation.

In her particular case, they made the decision that she was going to go be a chief marketing officer elsewhere, because there wasn’t an opportunity for her. But in another instance, at a technology company called Weave, a couple of years ago, the CTO had a person on his team. And he was able to say again, ‘Oh, this is what’s going on. It’s not that I don’t like working here. It’s not that I don’t like working for you. But I’m bored.’ And in this particular instance, what they did is they said, ‘We just need to find challenges for you because you want to stay here. And so let’s just make sure it’s a summit, but not the summit. You can keep climbing. And so it allows you to have this conversation around growth without it feeling personal.

Senior Executive Media: What are people coming to you for when it comes to training and retaining talent?

Whitney Johnson: People were coming to us because they’re coming out of the pandemic and saying, ‘All right, things are not as they were.’ We have been in this period where we have just been managing through the emergencies… But now, what they’re discovering is that a period of severe stress, like a pandemic, is often followed by tremendous growth. Psychologists call it post-traumatic growth. And so people are coming to us and saying a couple of things: ‘We want to grow as a company. We want to grow fast…but more importantly, we need our people to grow fast.’ And growth is scary, because you’re changing…you’re going to be at the launch point. And it’s going to feel uncomfortable and scary and overwhelming and terrifying. But this is completely normal.

Senior Executive Media: How does Learning and Development fit into the compensation piece of the conversation?

Whitney Johnson: Beyond a certain level of pay, beyond a certain level of benefits, people want to grow…People need to feel like there is growth upside. And if there, then they will stay. If there’s not an opportunity to grow, people will leave. And that’s why, again, I think part of what’s happening is, yes, there’s burnout, but much of it is that people are just saying, ‘There is something inside of me. I’ve been through this really hard experience. I want to grow.’

Senior Executive Media: When it comes to business model innovation… what steps do companies need to take to start this journey?

Whitney Johnson: We just finished a four-day off site with a company. They are very well aware of what they want to do strategically, where they want to go, even what they need to do to execute. Their biggest stumbling block is that people know what to do, but they don’t do it. And they don’t know how to work together to do it. So what I would say when it comes to business model innovation, or any innovation for that matter, it starts with the mindset and preparing people to think about ‘how do I need to change in order for this to happen.’

Aegon Center did a study this year. They surveyed 1,000 CEOs and asked if they strongly agreed or agreed with the statement, ‘Do I need to transform myself in order to transform my organization.’ Now prior to the pandemic, only 26% of them strongly agreed. Post-pandemic, or pre-post-pandemic, 80% strongly agree. And so people are now understanding that if we’re going to innovate around our business model, I have to start with self-innovation. And I have to be willing to say, ‘This is going to require me to work with my colleagues to make this happen. What do I need to do to change?’ And of course, that’s the hardest thing. But at the very end of the off-site, we committed everybody to ‘what’s one thing that you are going to do to work with one of your colleagues to move this forward?’

Senior Executive Media: You mentioned mindset being important. Should you be hiring people with that mindset?

Whitney Johnson: Oftentimes we hire for hard skills, not soft skills. But how open of a mindset does this person have? Do they have a growth mindset or a fixed mindset? To the extent that you can test for those things, that’s going to set you up for this ability to do the change that needs to happen in order for you to grow your company. If you already have people in place, I think that there’s a lot you can do around awareness. And again, I think the last two years have made thinking about mindset a lot more acceptable. And so you just start by telling them stories about well, what, what do I mean when I say growth mindset? What does that actually look like? How does that translate for you? How does that mean that you change your interaction? So a lot of it, I would say, is just context setting. It’s stuff that people haven’t thought about. And it’s like, yes, we need to execute. But there’s 10 things we need to do before we do that, and it starts with you.

Related article: How This Chief Learning Officer Is Reshaping the Employee Experience