The Political Storms C-Suites Aren’t Prepared for in 2022

It’s easier than ever for companies and their leaders to be dragged into political controversies. See how you can prepare...

Forecasters are warning: Political storms are brewing for companies across the U.S., likely to pick up in volume and intensity with 2022’s midterm elections looming this fall.

Executives, you’re selling the risks — of a divided workforce or customer base, of a boycott, of negative media attention, of frantic leadership meetings and knee-jerk decisions that derail business-as-usual — short. “I think that the CEO of the company and the rest of the leadership team are so focused on the day-to-day. There are very few ready for these political issues,” warns Thomas Butler, president of New York City-based PR firm Butler Associates.

2022 is shaping up to be even more heated than recent years, with other states following Georgia’s lead on voting rights and Texas’ lead on abortion, as well as a potential Supreme Court ruling on abortion.

“In the past, companies only had to worry about politics when it directly impacted their bottom line, like tariffs,” says Kelly McDonald, a leading DEI speaker, author and consultant. “Now it’s becoming more social, and there are more issues where customers demand companies take a stance.”

Related article: Execs, Is Your Company Spending Enough on Your Personal Security?

For instance, when Georgia passed new voting restrictions in 2021, major employers in the state, such as Coca-Cola and Delta, initially tried to stay on the sidelines. However, angry customers and activists demanded a response, and others threatened boycotts before both companies came out in opposition to the measures.

“These are the kind of issues companies need to grapple with, and it’s easier to plan for them ahead of time,” says McDonald.

Take any controversial issue, and imagine how easy it might be for your company to be dragged into an uncomfortable national conversation. Let’s try it with, say, guns: If your company operates in an open-carry state, will your company policy dare to chart its own course in banning guns on company grounds? Or, say, vaccine mandates: In the absence of a federal vaccine mandate, will your company try to require vaccines for workers returning to the office? U.S. apparel maker Carhartt and many healthcare providers, among others, have confronted costly, deep divides among their workers and customers on this issue.

How can you and your leadership team protect your organization from political firestorms?

Start by making sure it’s the right leadership team for the task — diverse in its viewpoints and armed with expertise and experience in politics and communications. Building a leadership team that’s diverse across racial, gender and socio-economic backgrounds has helped with anticipating and managing political issues, says Michael T. Pugh, president and CEO of New York-based Carver Federal Savings Bank. “Having these different viewpoints makes an organization more agile. If you’re serving a customer segment that looks much broader than the diversity of your board and your leadership team, you’re missing some key views.”

Consider creating a new C-suite position focused on politics, suggests McDonald. “Find someone familiar with the legislative process, perhaps from a lobbying background, so you can get their perspective on all the new laws, and how they could impact your company and your customers.”

And for existing C-level leaders, make sure they’re all trained to navigate media interviews and public appearances. You never know when a reporter might shove a microphone in your face or when offhand comments about political matters during a panel session can take on a life of their own. “Not everybody is good on their feet,” McDonald says. “The CEO likely has decent public speaking skills. Your typical CTO? Perhaps not.”

In the end, it’s impossible to anticipate every issue that will demand a response from company leadership. When something unpredictable happens and you need to react, Pugh recommends falling back on your company values, as Carver Bank did after the murder of George Floyd.

“The tragedy created a real opportunity for conversations to take place. We reached out to customers about our views on equality and fairness,” he recalls. “We reminded them that our doors are open for everyone. For employees, we held meetings to discuss our history, as an African American-operated bank, first launched to serve communities blocked out of the mainstream financial system.”

McDonald recommends her clients run something called a PEST analysis on specific issues — say, vaccine mandates. Consider the political, economic, socio-cultural, and technological factors that may shape your decisions.

For instance, what are the political rules in your area for vaccine mandates? Does state law forbid vaccine mandates? Then, what might be the economic impact of your decision? Will a vaccine mandate leave you short-staffed if too many workers quit? Or will not mandating the vaccine lead to more sick workers? Next, do the socio-cultural values of your employees and customers line up with vaccine mandates? And, how might technological developments play into your decision? Imagine, as Amazon did, the technology and processes to test all workers, rather than mandate vaccines.

Workplace Policies With Politics in Mind

Your workplace and the policies governing it are filled with political landmines. Leadership should address controversial questions thoughtfully and proactively. Your policies should aim to create a politically neutral workplace. “Your HR practices and policies for employees must be in writing… That way, they know: If they do these things, it could be subject to dismissal,” says Butler.

Can employees wear t-shirts with political messaging to the office (or even on a Zoom call)? John Whitaker, chief human resources officer at National Partners in Healthcare in Richardson, Texas, is surprised how intense political dialogue has become. “It used to be a nonfactor, but since the 2020 election, it became more necessary for us to remind employees not to outwardly express their views,” he says, “such as not wearing a shirt on casual Friday that offends the other side.”

What about buttons, stickers, signs or other paraphernalia decorating an employee’s workspace in the office (or in view at home on Zoom calls)? “It’s a distraction that nobody needs. I might have a feeling how you lean, but I don’t need to see a Biden or Trump sign,” says McDonald.

Can employees contribute money to political candidates or parties? McDonald recommends not policing employees’ donations to political campaigns. However, at your company, the rules may be different for leadership. Recall that L.L. Bean faced a customer boycott after Linda Bean, a company director and granddaughter of the company’s founder, donated to Donald Trump’s 2016 election campaign.

What about other forms of political expression at home? Outside the workplace, McDonald recommends letting employees freely express their political preferences, in campaign yard signs at home or bumper stickers on their cars. There are exceptions: Media companies and non-partisan organizations may prohibit campaign contributions and may discourage partisan displays at home in order to maintain appearances of objectivity.

Whitaker believes social media policies should be tighter, especially for senior executives. (Call it the Daryl Morey Rule, in honor of the former Houston Rockets general manager whose 2019 tweet about Hong Kong generated costly backlash in China.) “Even if an employee makes a disclaimer saying their comments are their personal opinions, but they are recognizable as a company executive, that simply isn’t good enough,” Whitaker says.

What if your company discovers an employee to be part of a violent extremist group? Fall back on those company values. “A company shouldn’t ban supporting Democratic or Republican candidates,” McDonald says. “But if they find out an employee donated to a neo-Nazi party, that can be an exception.”

Related article: 11 Things That Are Fast Disappearing From the Workplace — Keep Up!

You don’t have to be a Fortune 500 company to face international scrutiny due to the behavior of one of your employees. Several employers, for instance, were called upon to fire employees who were outed on social media as participants in the violent 2017 white-supremacist marches in Charlottesville, Va.

You might also recall the woes of Navistar Direct Marketing, a marketing company in Maryland that landed on front pages and in punch lines when one of its employees was photographed breaching the Capitol on January 6, 2021, while wearing his company ID badge around his neck. Navistar fired him immediately, issuing a statement that defended employees’ rights to freedom of speech and assembly, while defining “conduct that endangers the health and safety of others” as justification for termination.

Should executives promote candidates or causes in the workplace? Employees in positions of power should not pressure employees or customers to vote for particular candidates or referenda, nor to support specific causes. This can be a blind spot, McDonald says, especially when an executive is passionate about a cause they think is doing good. 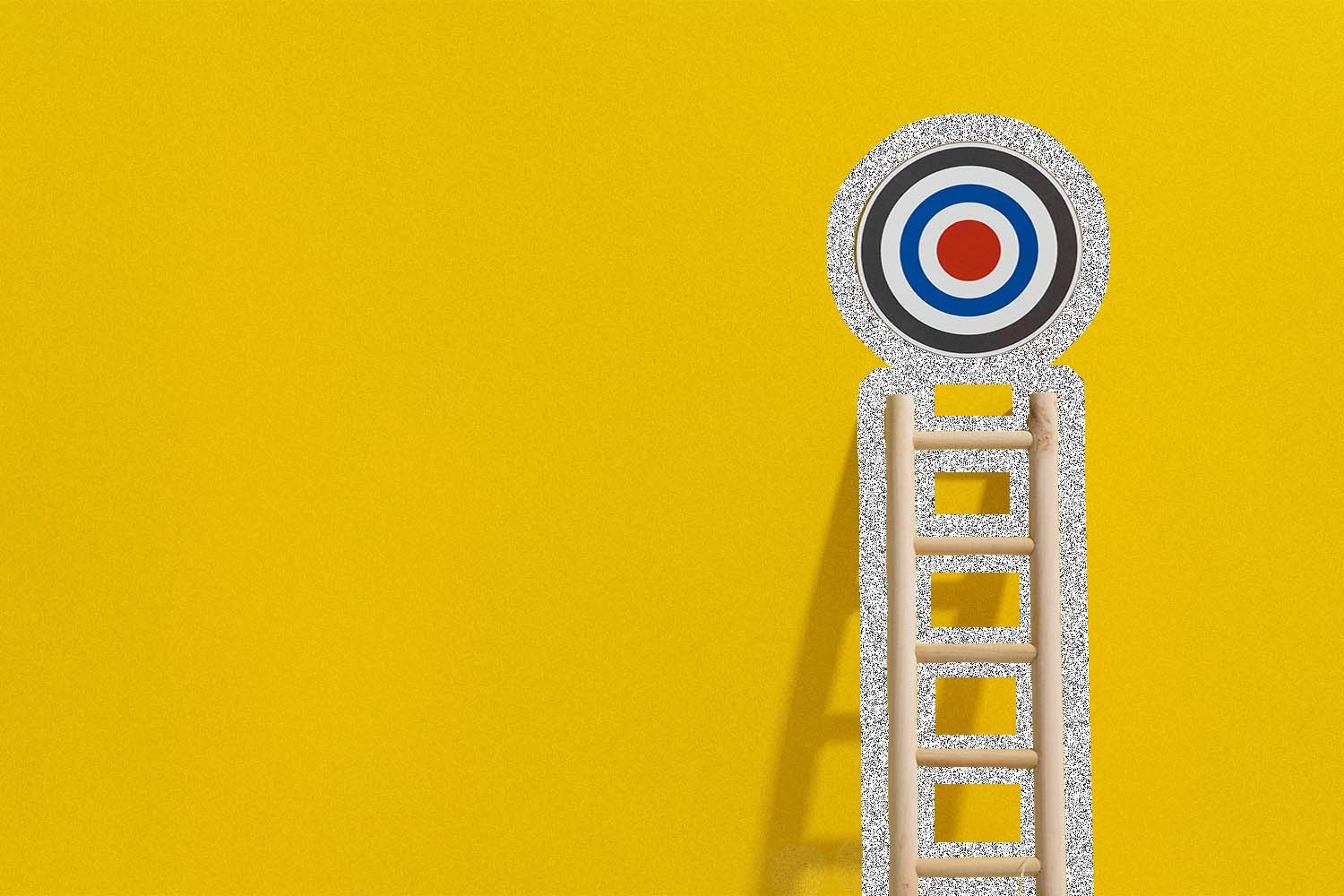